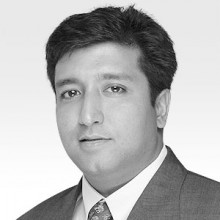 Rajesh has been the Director of the India office of Meinhardt Singapore since 2002. He has more than 22 years of experience in diverse sectors such as urban infrastructure, roads, power, telecommunication, oil & gas, water supply & sewerage, textiles, exports, international trading and construction. Over the course of his professional career, he has become well known in India, among professionals and corporate groups focusing on infrastructure development, as well as among government bodies and policy-making authorities.

Under his leadership, Meinhardt secured major development projects in India. An independent design centre, Meinhardt India has proved to be the fastest growing of Meinhardt’s offices and it secured projects worth with consultancy fees in excess of US$20 million in its first two years of operation.